A Hike on Mount Stroumboulas for Nature Lovers 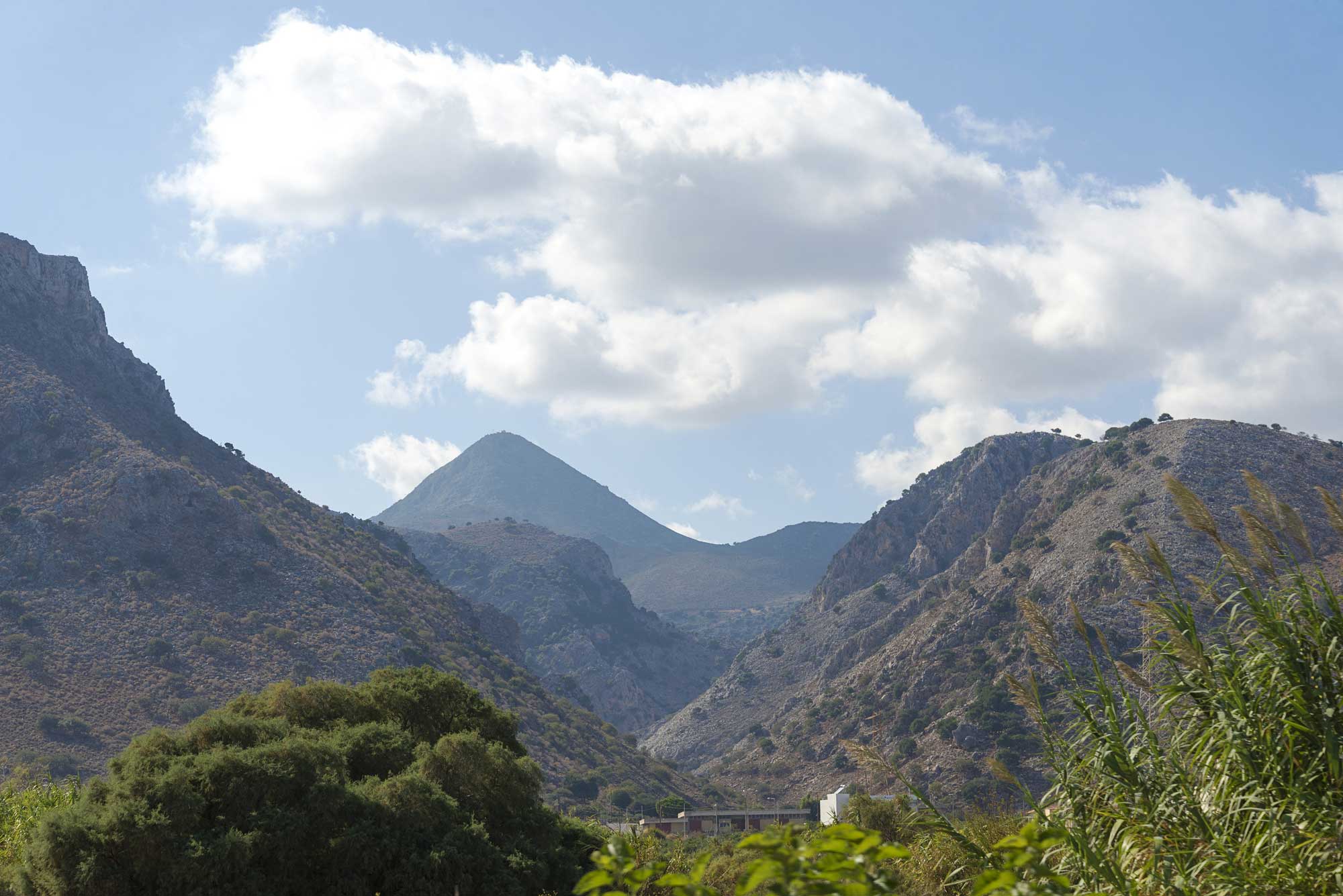 The thing about hiking on Mount Stroumboulas is that anyone can do it, including little explorers. Stroumboulas, or Stroumpoulas if you prefer a different spelling, is a pyramidal peak to the west of Heraklion City. It rises 798 meters above sea level, offering fantastic views from the summit. As far as your eyes can see, in the distance, the landscapes stretch from the Bay of Heraklion to the coasts of Hersonissos, then onto the snowy caps of Psiloritis and further beyond, to the Lassithi Mountains.

Stroumboulas is seemingly bare, but there are many bulbous perennial plants of the Colchicum genre finding excellent conditions for growth among brushwood, lentisk, and strikingly beautiful wild euphorbias.

The hike starts on the Stroumboulas Plateau, where you can observe some kermes oaks scattered here and there, and, if you are trekking in the winter, a reddish lake that forms after the rain. The plateau is full of wild, aromatic herbs like oregano, thyme, and summer savory. Bulbous flowering cyclamens, sternbergias, and arums (Arum creticum) hide under thorny bushes that protect them against grazing animals like sheep and goats.

From here uphill, the walk takes less than an hour. You can encounter goats grazing freely, and, if you are into birdwatching, you can observe eagles or other raptors above your heads.

Before you adventure on this mountaineering journey, here are other interesting things you would probably like to know:

What’s in a name

The name of the peak is attested documentary in 1299 in a treaty between the Kalegris family and the Republic of Venice. In his research “Stroúmpoulas – Tímios Stavrós – Ágios Pávlos” published in Kritiká Chroniká in 1970, Platakis El. noted that the Venetians named the peak Stromboli as its shape resembles the famous Sicilian volcano and island in the Tyrrhenian Sea. Nevertheless, the name of the volcano is derived from the ancient Greek Strongúl? (modern Greek Strogylo), which means “round.” Since the name of the Sicilian island and volcano is of Greek origins, researchers assume that Cretans had referred to the Cretan peak as long before Venetians named it Stromboli.

For as long as the locals can remember it, Stroumboulas was a place of worship. At the top of the summit, there’s a small whitewashed chapel dedicated to the Holy Cross and St. Elias – probably erected by a wealthy resident of Fodele. Next to it, a giant metal cross sustained in concrete blocks by iron cables marks the apex of Stroumboulas.

The chapel has a checkered history, like most religious landmarks on the island. According to Descriptio insule Crete by Cristoforo Buondelmonti and Stergios. G. Spanak?s, there was a church on the summit as early as 1415.

Later, in 1594, Filippo Pasqualigo, captain of Candia and Proveditor of Chania, in his report to the Venetian Senate, described the existence of the church and the custom of the locals to walk to it from the nearby villages to attend religious services.

The Turks demolished the temple during the Ottoman occupation, and, as the legend has it, the villagers from Tylissos, Marathos, and Damasta pressured the oppressors to allow them to rebuild it. The Turkish commanders, fearing a rebellion, agreed, but under one condition: the work had to end within a week, and unfinished constructions were to be demolished on the spot.

The villages worked day and night, carrying water and materials with donkeys. They finished the walls, but the water and the well dried up before they could erect the roof. So, local shepherds milked their goats and sheep, then mixed the milk with clay to form the roof. To the surprise of the Ottoman oppressors, the church stood complete at the end of the allotted term. So, the Turks kept their word and allowed the Cretans to continue worship in the new temple.

The chapel of the Holy Cross stood on the mountain until the end of World War II, when the German troops stationed in the area blew it up together with their observation outpost upon their retreat. Local villagers rebuilt the temple that stands today after the WWII.

Pilgrims can now be observed attending the Mass every year on September 14 for the Feast of the Cross (weather permitting), and on July 20 to commemorate the holy and glorious Prophet Elias.

Whenever you choose to hike to the top of Mount Stroumboulas, you will be rewarded with fantastic views and mystic experience. Just remember: the terrain is rough – wear proper shoes. There are no sources of drinking water, therefore bring your own. Other than that, the path is well marked and well-traveled – it’s impossible to get lost.