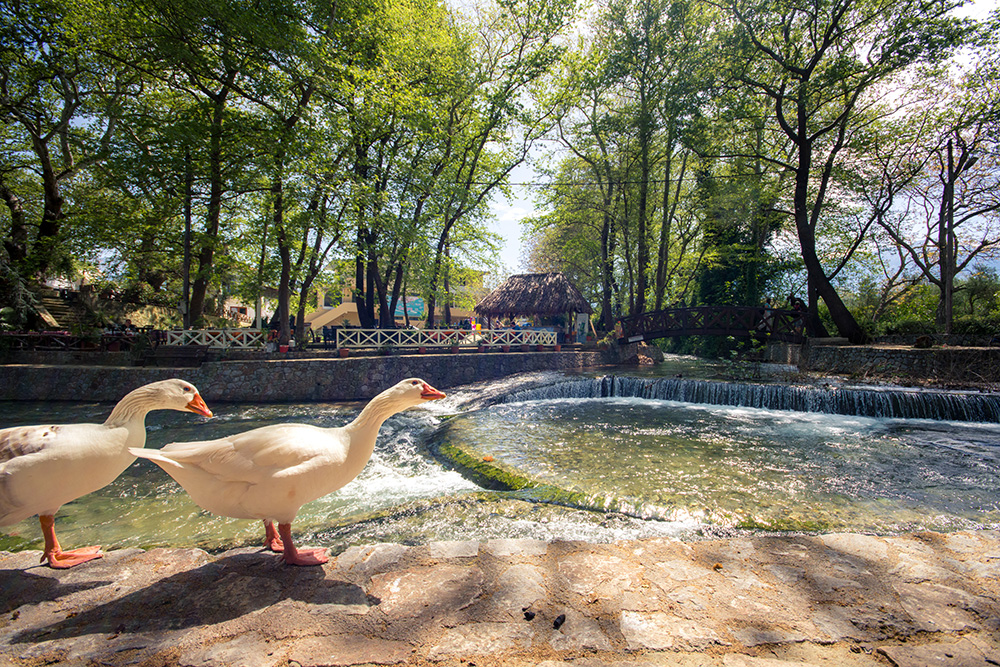 Vrysses, also spelled Vrisses, is a jewel of a Cretan traditional village in the municipality of Apokoronas. It is an active community whose primary sources of income originate from tourism and farming. Vrysses is well known for its olive oils, sheeps’ yogurt, and citrus production.

Vrysses has a fair dose of rural beauty charm. Summers, locals, and tourists alike flock to the village’s heart to enjoy local fare in the shade of the plane trees at a central taverna by the river. There are not many villages enjoying a refreshing water flow in the hottest season on Crete. Vrysses is unusual for these rare sights but also its traditional homes and historic attractions.

This village is mainly a gateway to the South coast of Crete. Its proximity to the Dourakis Winery in Alikampos makes it a destination of choice for oenophiles in a day trip to Apokoronas. Although more modernized than other villages in the region, Vrysses’s history has Minoan roots, as attested by archeological finds in nearby settlements like the former towns of Amphimalion and Philippos.

When in Vrysses, follow the Boutakas River to one of the oldest Greek arched bridges from the Hellenistic era. It is suggestively called Elliniki Kamar (the Greek Arch). Nearby you will also find a stone sculpture, the Dragon of Kalamitsi, next to the Saint Anthony Church in Kalamitsi Alexandrou. This destination offers stunning views of the Vryssanos River’s valley and the cypress woods of Vamos. There are several theories that a local hermit carved the dragon.

Besides the bridge and the unusual sculpture at Saint Anthony Church in Kalamitsi, Vrysses has its share of religious monuments worth seeing: Agia Kiriaki and the Church of St. Peter and Pavel are two such temples.

Explore a sense of freedom surrounded by nature. A

May the festive season bring you happiness, joy, l

Relax by the pool and embrace the ultimate summer

Enjoy the most amazing dinner with your loved one

Dear guests, friends and family, We are pleased t

Let’s dream about the lazy days of summer ☀️