200 Years Since the Outbreak of the Greek Revolution of 1821 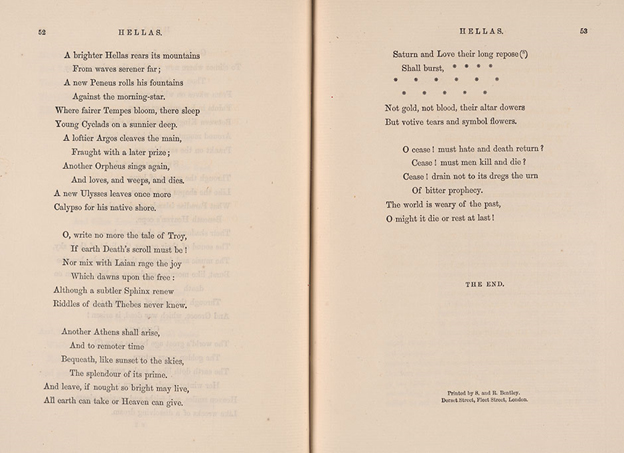 “We are all Greeks. Our laws, our literature, our religion, our arts have their root in Greece.”

2021 marks the bicentenary of the Greek Revolution of 1821 – officially the Greek War of Independence – when Greek revolutionaries rose against the Ottoman Empire and won their freedom. This revolt ended 400 years of ruthless Turkish rule, which included oppression against the Greek identity, culture, and religious beliefs.

The Greek Revolution of 1821 has changed the world. It inspired other countries to rise against the Ottoman injustice: Wallachia (a part of modern-day Romania), Serbia, Bulgaria, Albania, and Armenia.

While initially the three great powers of the time – Russia, Britain, and France – adopted a policy of neutrality, unwilling to challenge the Ottoman Empire, they eventually came through in 1827, destroying a Turkish and Egyptian armada in the port of Navarino in Pylos. Subsequent battles further weakened the Turkish army, and finally, the Battle of Petra – on September 25, 1829 – led to the capitulation of the Ottoman army. Years after this battle, in the aftermath of the war, the Treaty of Constantinople (1832) was signed, defining the borders between the Ottoman Empire and Greece and eventually leading to the creation of modern Greece, free of Ottoman oppression.

History notes the unbearable loss of lives during the Greek Revolution of 1821. Nevertheless, Chios, Navarino, Psara, Kasos, Naousa, Tripolitsa, and other Greek places commemorate their heroes with pious reverie. Crete, too, had its share of bloodshed, having failed to resist the Ottoman oppressors when Muhammad Ali of Egypt sent a fleet of 30 warships and 84 transports to the aid of Sultan Mahmud II. Gramvousa, Kissamos, and Frangokastello, among others, still sing about their heroes and honor them with monuments, prayer, art, and celebrations every Independence Day.

Greeks worldwide celebrate their Independence Day of 1821 (Eortasmós tis Ellinikís Epanástasis tou 1821) on March 25, the same day they honor the visit of the archangel Gabriel to the Virgin Mary in the Feast of the Annunciation. It’s riveting to experience this day in Crete.

If you are in one of the major cities, towns, or even villages, Cretans mark Independence Day with impressive parades and cultural events. The parades, in particular, are majestic: youth in folk costumes representing every historical region of Crete will march in a joyful procession on the main streets while the bystanders wave Greek flags with bright smiles on their faces.

It’s not uncommon to hear the old war motto of the Greek War of Independence: “Freedom or Death” (Eleftheria i thanatos) during these celebrations. The Greeks shouted it back in 1821 when the bishop Germanos of Patras raised the Greek flag at the Monastery of Agia Lavra in the Peloponnese to inspire his compatriots to fight against the Ottoman rule. Crete may celebrate Independence Day with all the Greeks, but its people suffered under the Ottoman rule longer. The island remained under Turkish occupation until November 1898, and it was annexed to Greece only in 1913.