The Museum of El Greco Is a Fodele Must-See 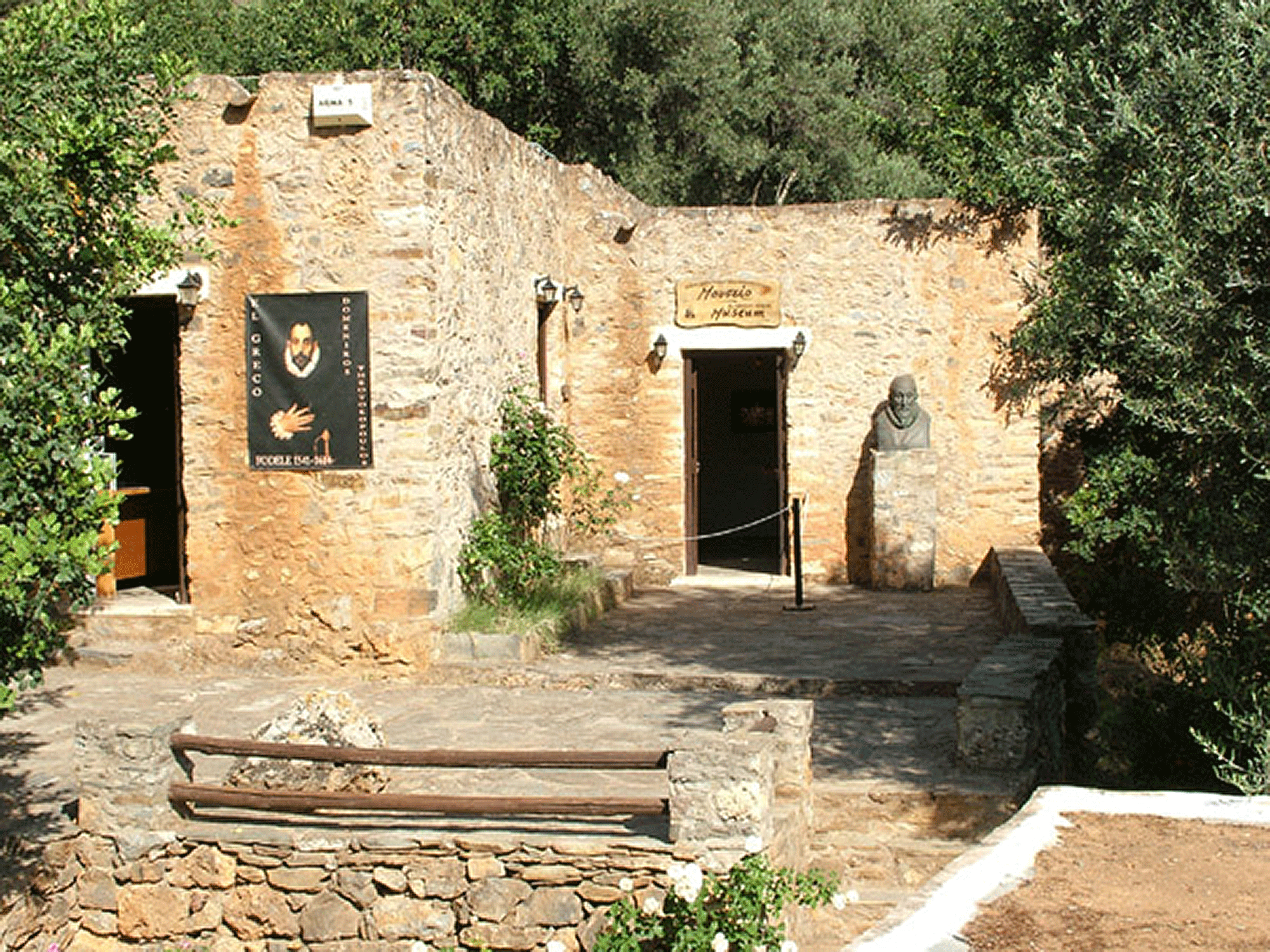 Not too many first-time visitors of Crete realize that the island is the birthplace of several celebrities on the world stage. Of course, the island’s most famous native was philosopher and writer Nikos Kazantzakis, author of Zorba the Greek and the Last Temptation of Christ. Then there’s Greece’s most globally renowned singer, Nana Mouskouri, who was born in Chania. Also, Domenikos Theotokopoulos, better known as “El Greco,” just so happens was born right up the road from our resort at the village of Fodele, in 1541.

Guests staying at Fodele Beach & Water Park Holiday Resort – who are art and history lovers – will be interested to know that the Museum of El Greco is less than three kilometers from our lobby, on the edge of the village. The museum celebrates one of the most prominent mannerists in history and an artist who first examined the icon painters of Crete. Before studying under Titian in Rome, he did his apprenticeship near the master painters, the Sinai Friars. He eventually became well-known as the first great genius of the Spanish mannerist school.

The Museum of El Greco is also the place where Domenikos Theotokopoulos was born, according to the artist’s own declaration in 1606:

The place where I was born is surrounded by orange trees, springs of drinking water and a Byzantine church.

At the Museum of Domenicos Theotokopoulos, near the church of Panagia where El Greco first observed art, visitors will be introduced to an exhibition of replicas of works of El Greco, more information on his life on Crete, and the room reported to have been his painting workshop. The originals of the most important works by El Greco are exhibited in the Prado Museum in Madrid and in the Louvre.

Founded in 1998, the museum occupies a post-Byzantine edifice of great historical value. Right next to the museum is a quaint rest area and a cafeteria under the shade of centuries-old trees. The stone water well, remnants of an old post-Byzantine farm and several taverns are nearby too. The museum is open Monday through Sunday from 08:00-19:00, and the admission is a symbolic €2 (EURO).