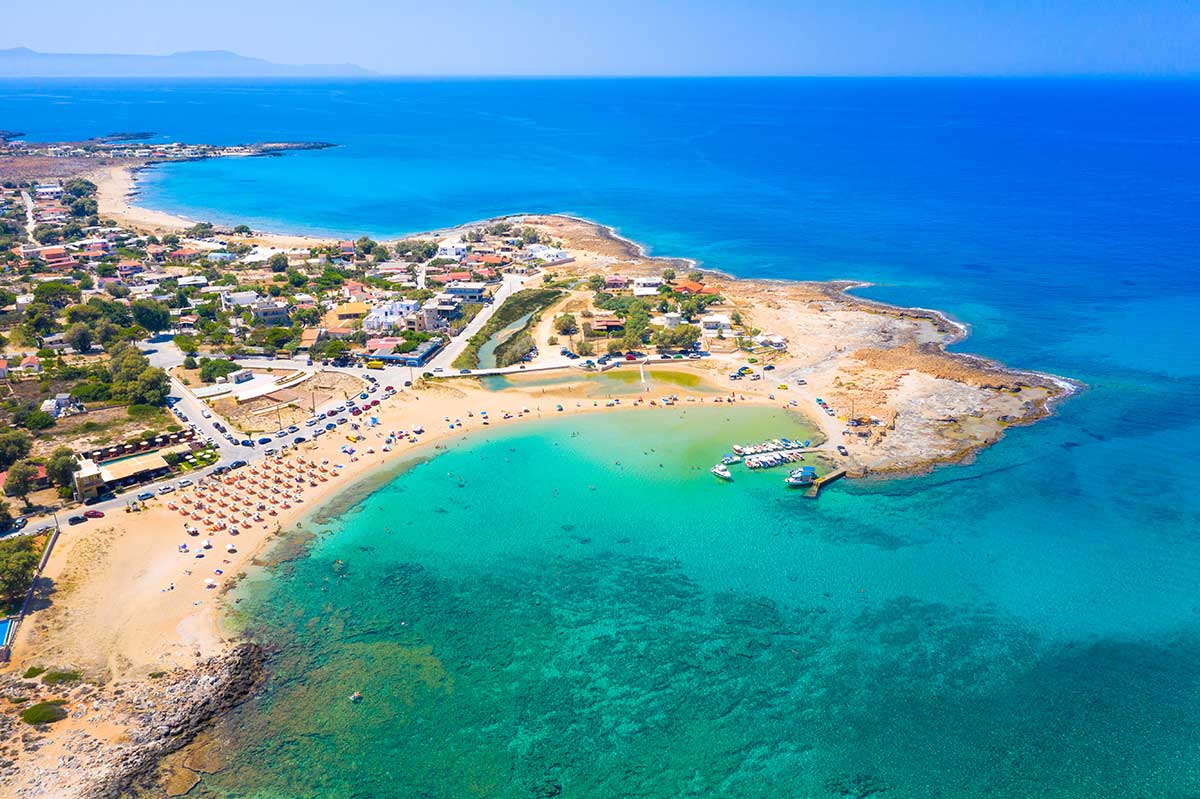 Suppose any movie can account for one that genuinely put Crete on the map. In that case, that’s Zorba the Greek, based on the 1946 novel “Life and Times of Alexis Zorbas” by Creta’s beloved son, author Nikos Kazantzakis, and directed in 1964 by Greek Cypriot filmmaker Michael Cacoyannis.

“Teach me to dance!” Basil says during one of the most famous scenes of the film.
“Dance? Did you say… dance? Come on, my boy!” Zorba replies.

And they danced the sirtaki (also spelled syrtaki – in Greek συρτάκι), which, contrary to popular belief, is not a traditional Cretan dance but a dance choreographed by Giorgos Provias specifically for the movie in 1964 on music composed by Mikis Theodorakis. The dance combines several elements present in Greek folk dances, alternating slow and fast rhythms – syrtos (slow-paced dances) and pidikhtos (hopping or leaping dances). Despite being choreographed for the film, today, the dance is trendy in Greece and danced with the same passion worldwide. If it makes sense to you, try a few steps where the cast first danced it.

The scene happens on a beach in Chania called Stavros. This is a double beach: the one on the east side has fine sand and is well organized, while the one set on the north, some 200 meters from the main beach, is rocky and wild.

Taking its name from the village where it stretches its seductive mix of rocks and fine sand, the double beach lays at the foothills of Vardies, a camel-shaped mountain also known as Zorba’s Mountain as it appears both in the book and the movie. Even the beach is sometimes called Zorba’s Beach, and there are even many tavernas in the area that honor the Cretan hero and the actor who portrayed him.

Back when Kazantzakis wrote the book, Stavros was a small fishing village. Today it is a resort with excellent accommodation and dining options. Shops practicing fair prices and selling a good range of goods, including beachwear, souvenirs, and local produce, are also available.

The beach itself has a well-organized area with finer sand where you can rent sun recliners and umbrellas. There you will also find other essential facilities, like showers and restrooms. The bay’s water here is usually calm – you can go swimming or snorkeling even when other beaches experience windy conditions and high waves. This is a family-friendly beach, although it tends to get busy in the high season. If you manage to see it off-season, it is incredibly picturesque.

You’ll find an outstanding seascape and clearer water on the northern beach – albeit exposed to wind, therefore the water may be wavier. You have room to sunbathe on your towel here if you travel on a budget.

Separating the two beaches, there is a rugged peninsula where you will notice what’s left of an ancient limestone quarry. The stone from here was used to erect the walls of Chania during the Venetian rule.

You can rent kayaks from the area around the current fishing port of Stavros, west of the main beach. You can reach the beach by car (free parking available within walking distance) or by bus, which departs several times per day from the center of Chania in the busy tourist season.