August 15, the Dormition of Mary and Its Customs 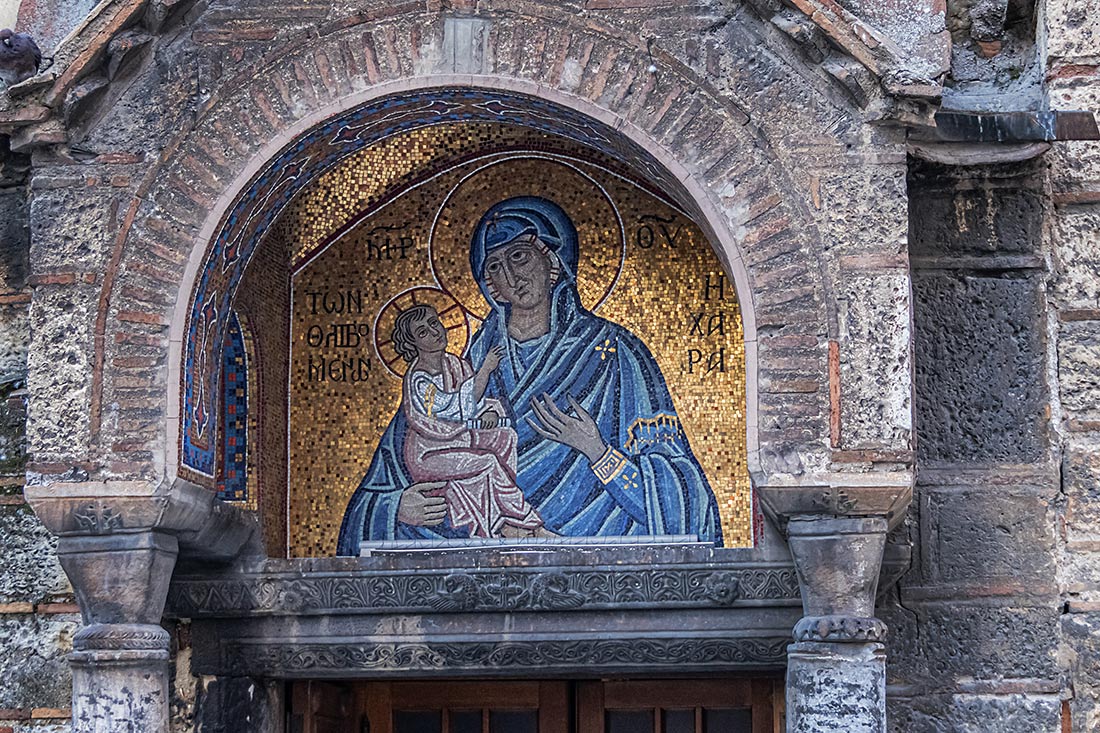 August 15 is one of the most significant Greek Orthodox celebrations of the year: the Dormition of the Mother of God, known as the Assumption of Mary in Western Christianity. It is so important that in some parts of Greece, it is referred to as the “summer Easter” sometimes.

Although “Dormition” and “Assumption” are different terms defining different beliefs in Eastern and Catholic traditions, both are celebrated on August 15, and both traditions agree that Mary’s “sacred body had never been subject to the corruption of the tomb.”

Greek Orthodox observers of the Dormition fast from August 1 to August 14, abstaining from consuming meat, dairy, eggs, fish, oil, and alcoholic beverages – however, wine and oil are allowed on weekends. During the fast, the church celebrates the Paraklesis (Supplicatory Canon) every evening except Sundays, the Eves of the Transfiguration, and the Dormition.

The fast begins with the Procession of the Cross on August 1 – a feast day celebrating the seven holy Maccabee martyrs (Abim, Antonius, Gurias, Eleazar, Eusebonus, Alimus, and Marcellus). The day is marked with a procession and the blessing of the Holy Water.

The Dormition is known as Dekapentavgoustos in Greek, meaning the Feast of the Dormition of the Theotokos, where Theotokos stands for “Mother of God.”

Festivals honoring the Panagia Theotokos take place all over Greece on August 15. On Crete, the most significant feasts are at the Kalyviani Monastery near Mires and the Monastery of Panagia Kera in Agios Nikolaos.

All churches on the island dedicated to the Panagia will mark the holiday too. In addition, you can expect processions and pilgrimages, street food (especially grilled meats), and vendors selling everything from clothing to knick-knacks and religious items.

You’ll see icons dedicated to the Virgin Mary in many Greek churches, and you will also find that she is adored under many different names. Examples include Panagia Anthoforousa (the Flower-Bearing), Zoodotra (the Life Giver), Pelagini (Lady of the Sea), Thalassokratousa (the Ruler of the Sea), Soumela (of the Mountain), etc.

Whatever she is called, Panagia is a symbol of hope for all the Greeks, and they always give her thanks in their time of need, not only on August 15.

Customs on this auspicious day vary from village to village on Crete Island, as they are different in all Greek regions. However, they all have in common one thing: the Dormition is a day of hope, motherhood, chastity, and the Virgin’s ascension to heaven in triumph over death.

August 15 is a public holiday in Greece: banks, public offices, and most shops remain closed.