The Best Hidden Villages of Crete 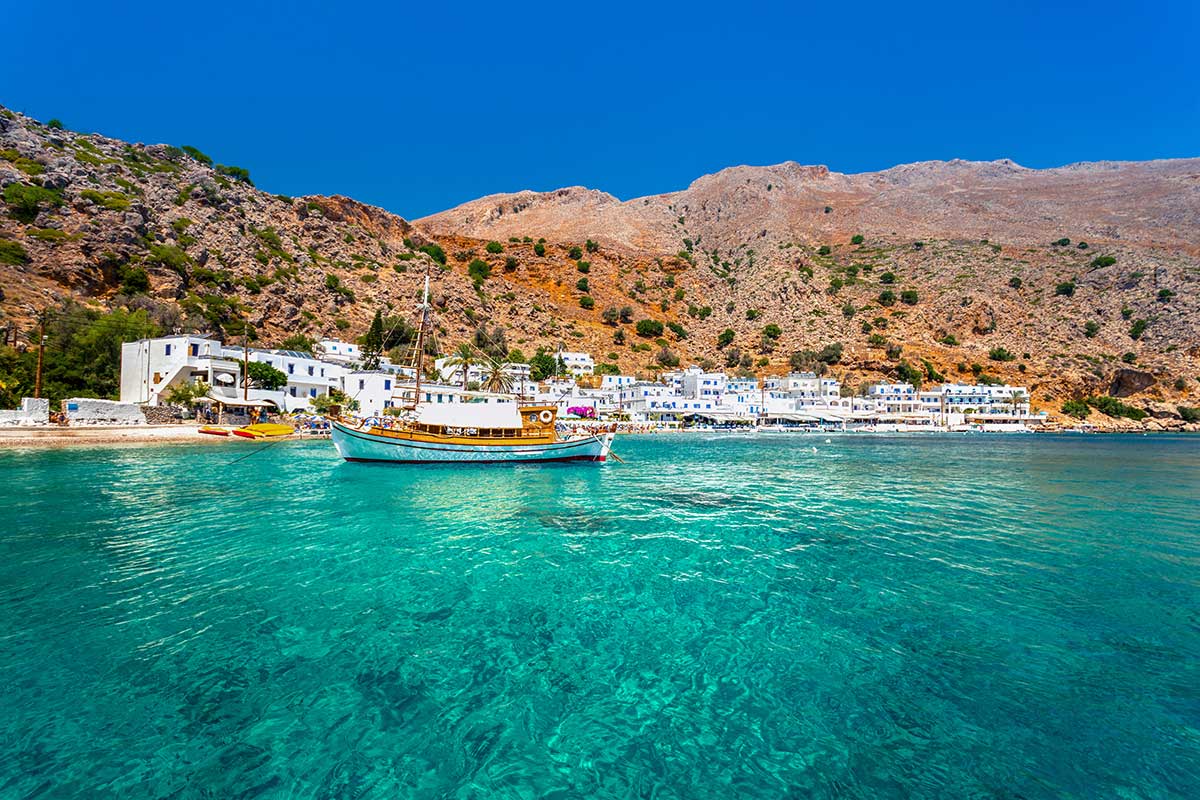 The people of Crete have a word for village, “xorio,” to identify the places closest to their hearts. While most of the island’s residents live and work in larger cities like Heraklion, Chania, or Rethymno, every Crete islander has roots in a specific village and the unique traditions that go with that place.

Cretans love to swap out city existence for the simpler, slower, and contemplative life in the true heart of Crete. Many of the villages on the island are famous. Archanes in Heraklion Prefecture, Vamos near Chania, and Margarites in the Rethymno province are just a few that have achieved international fame.

There are so many others to enjoy, tiny hamlets that reflect the Cretan spirit of freedom and the simple life. Here are a few you must visit when you come to Greece’s biggest island.

Two-thirds of the way up Lasithi Plateau lies one of Crete’s most famous villages. Krasi is a quaint little hamlet with a long history. Its main landmark is the almost 3,000-year-old Monumental Plane Tree. This majestic ancient tree raises in a central square lined with cafes, tavernas, and mom-and-pop shops.

Krasi is home to a House of Literature – a summer hideaway for the legendary author Nikos Kazantzakis. Not many people know that Krasi was the birthplace of Kazantzakis’ first wife, Galateia. Finally, the mountainous landscape surrounding the village is out of this world, and the springs across from the plane tree are a miracle of nature.

A few kilometers from Europe’s southernmost city of Ierapetra, Myrtos is a seaside gem favored for its traditional charm and laid back atmosphere. This unique Cretan village sports a wide, well-organized beach with unique gray sand. The picturesque beach is protected by two promontories on either side, making for calm seas suitable for families with younger kids.

Myrtos sits at the end of beautiful Sarakina Gorge, where the River Kryos flows into the Libyan Sea. Nearby, history buffs can visit the archeological digs at the Minoan settlement at Pyrgos and Fournou Korifi.

The village has numerous bars, cafes, restaurants, supermarkets, a gas station, and even a clinic. Visitors will also enjoy taking in the Archaeological and Folk Art Museum of Myrtos.

This seaside village is not exactly a “hidden gem” since it’s one of Crete’s most famous villages. That said, the place’s remoteness and unique character put Loutro at the top of any “must-see” list for travelers visiting Crete.

Located in the extreme south of Crete island, Loutro is only accessible by boat from Chora Sfakion. It is about 70 kilometers south of famous Chania and was once the ancient city of Phoenix, the site of the port of ancient Anopoli.

Time in Loutro is usually spent relaxing in one of the many tavernas or restaurants that line the harbor or just enjoying the pristine nature that surrounds the tiny port. The fort Koules above Loutro, the Finikas small port, Church of Panagia, the site of ancient Phoenix, and the temple to Apollo, alongside many other local attractions, are highly recommended points of interest.

The best part of a visit or stay in Loutro is the calm and quiet, the absence of cars and other disturbances modern life imposes on the senses. The village is quite transportive.

The Cretans say that Zaros is blessed. Fertile fields and fruitful orchards surround the village, which lays about 47 kilometers south of Heraklion at the foot of Mount Psiloritis.

A four-hundred-year-old watermill fascinates tourists, who are awestruck when they see Zaros’s artificial lake full of trout mirroring Psiloritis in the background. The effect is spellbinding for those not familiar with Crete’s diverse landscapes. The springs that feed the lake, the green view of Agios Nikolaos Gorge, waterfalls on such an arid island, create an Eden-like aura around Zaros.

Considered one of Crete’s landmarks, Zaros is famous for the natural spring water bottled and sold for its quality and purity. The name “zaros” means the place where a lot of water flows.

Nearby attractions include the Rouvas Forest, the Minoan settlement of Kourtes, the ruins of the large aqueduct of Roman Gortyn, the cave of Saint Efthimios, and numerous ancient monasteries.