El Greco: from Fodele to Spain 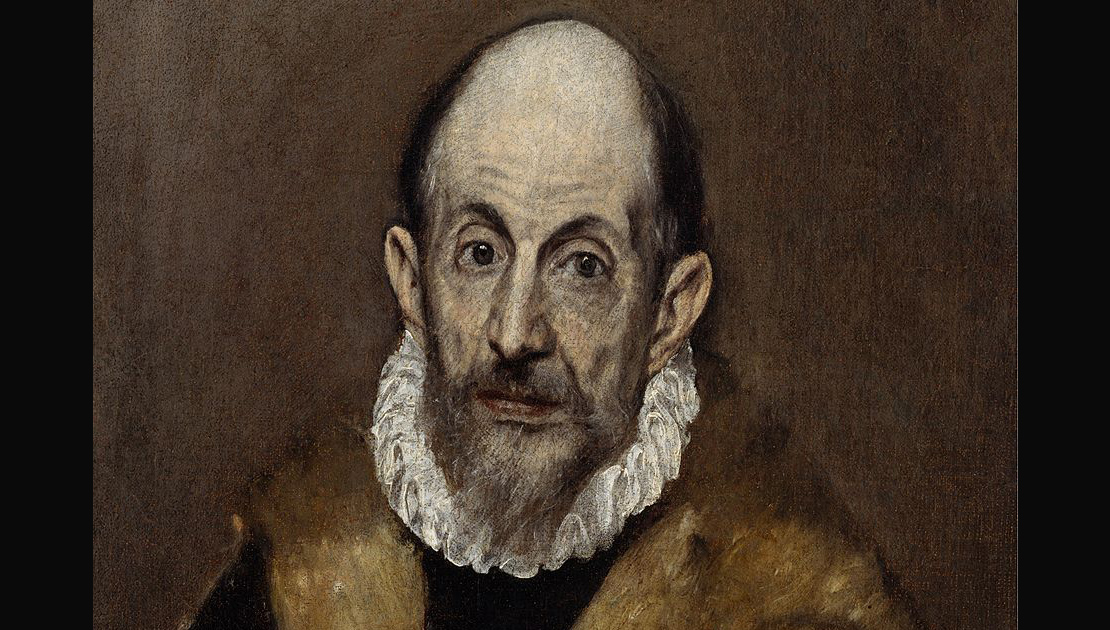 Domenikos Theotokopoulos (1541 – 1614) , the worldwide famous painter who became known with the nickname El Greco (“The Greek”), originated from the village of Fodele and the Kingdom of Candia, as the island of Crete was called during the Venetian period. He took his first artistic steps as an icon painter, and it is believed that he was influenced by the artwork in the Church of Panagia in Fodele, which stood right across his family house. Following the doctrines of the Cretan School in Iconography, El Greco soon became one of the most famous painters on the island. One of his most famous paintings, the Dormition of the Virgin, was actually created in Crete and combines post-Byzantine and Italian mannerist styles, together with his very personal artistic touch.

El Greco was 26 years old when he moved to Venice and became a disciple at the School of Titian, and later he opened his own workshop in Rome. During his studies in Italy, he enriched his style with elements of the Venetian Renaissance and Mannerism. In 1577, he moved to Toledo, Spain, where he lived and worked for the rest of his life. It there where El Greco created his most famous paintings, and became known as a notable painter of the Spanish Renaissance.

However, El Greco’s paintings cannot be easily classified, as they reflect his personal journey through different places and traditions, from the iconographic elements of the Cretan School to post-Byzantine and Venetian Mannerist aesthetics, while he developed his very own expressionistic style that created many controversies among his contemporaries. El Greco never forgot his origins, and he signed his paintings with his full birth name in Greek letters, often adding the word “Kres” (Cretan).

Today El Greco is highly appreciated as an artist who combined Byzantine and Western traditions in painting and is regarded as a precursor of both Expressionism and Cubism. He is best known for his heavenly figures that brought his subjects closer to God and his bold use of color and proportions. His house in Fodele hosts an exhibition of replicas of his most famous paintings and is open to visitors year round. For more information, visit the Museum page.