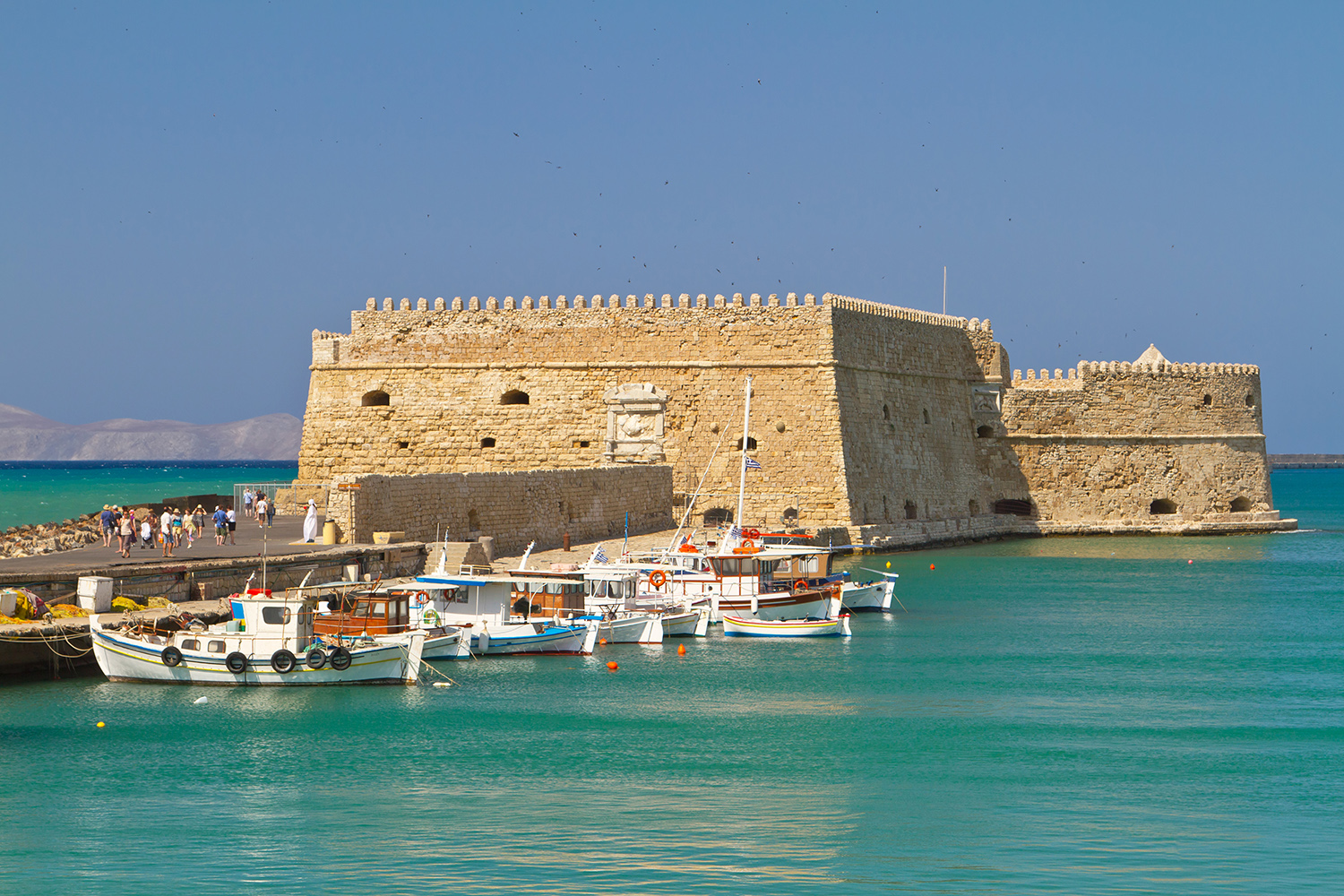 The fortress of Koules, or “Rocca a Mare” as the Venetians called it, has been the tireless guard of the city of Heraklion since the 16th century. The fortress was recently restored and its gates opened to visitors, making it one of the most interesting must-see monuments of the city. Apart from its fascinating history, the fortress has one of the best views of the city.

Koules was part of the fortifications of Candia, an ambitious plan by the Venetian Senate that proved to be very useful during the siege of the city by the Ottoman Army. As the fortifications were very strong and strategically planned, the resistance lasted for 21 years, making it the second longest siege in history! Koules fortress played a crucial role during the siege, protecting the entrance to the port with its 43 canons. Its dark interior has accommodated Venetian soldiers and nobles, and, during the Ottoman rule, some of its chambers were used as prisons.

The fortress has two stories, a total of 26 rooms and three entrances. In some parts, its walls are up to 8.7m thick! Today, its chambers host a number of interesting exhibits, including Venetian sculptures (taken from the gates of the Venetian walls) underwater antiquities, and items found in shipwrecks pulled from the seabed by Jacques-Yves Cousteau.

Among the most impressive exhibits in Koules are the canons of La Thérèse, the flag ship sent by Louis XIV to assist the Venetians during the Ottoman siege of Candia, but was destined to sink together with all her men. The wreck of La Thérèse was discovered by Cousteau in 1976 in the seabed between Heraklion and the island of Dia.

All exhibits are well labelled and large signs narrate the history of the fortress and the city, while you can also watch a short documentary in the screening room. Apart from the numerous exhibits, the architecture of the fortress is an experience in itself, while the panoramic views from its roof to the gulf of Heraklion and the Venetian port will make your visit truly memorable!