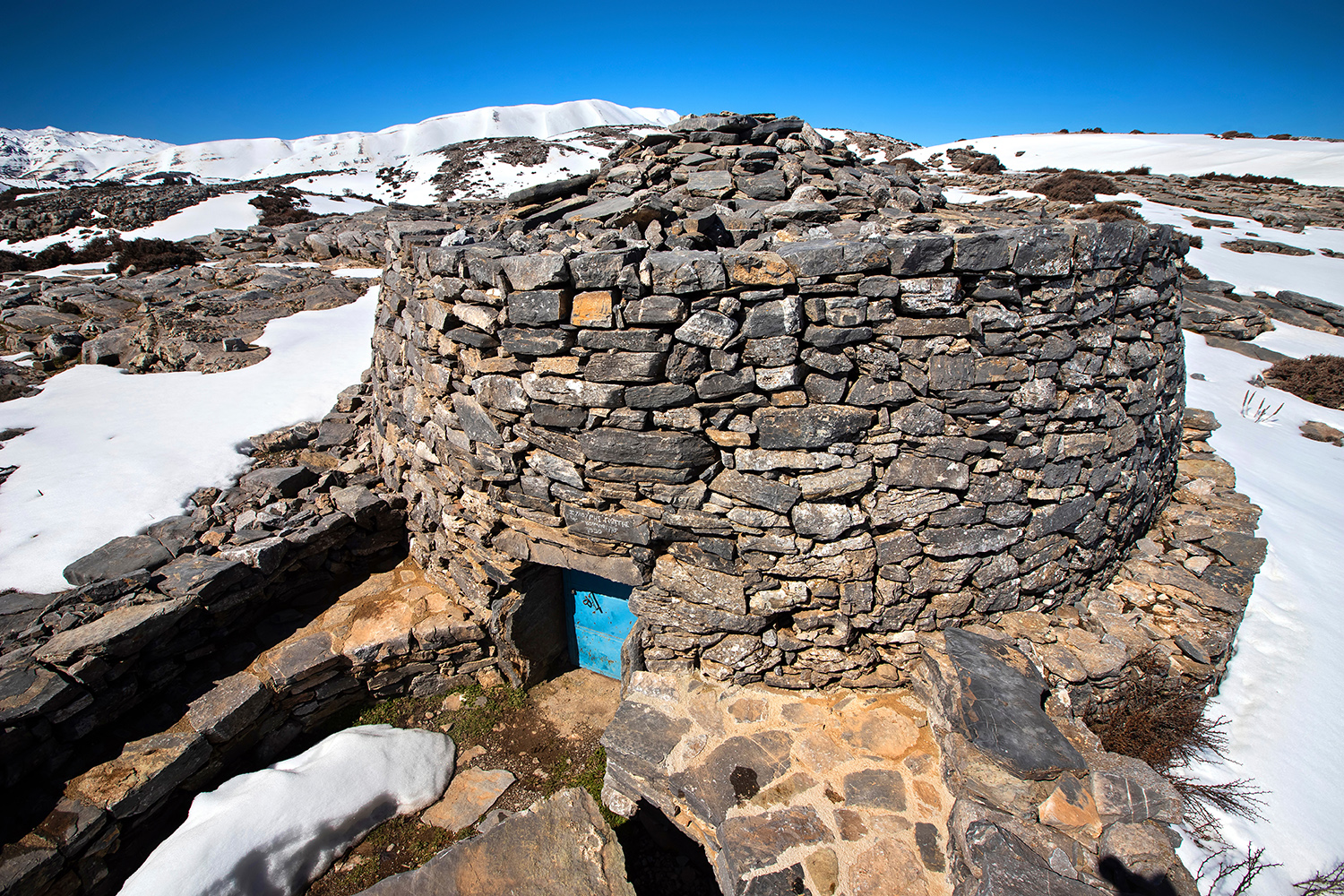 The mountains of Crete are rarely on the list of tourist attractions, even though they played an important role in the island’s culture, history and mythology. The peaks of Cretan mountains hosted Minoan shrines and medieval fortresses, their caves became refuge for gods and goddesses, and their slopes host traditional villages and practices that date back to antiquity. The king of Cretan mountains is Psiloritis, aka Mount Ida, where the highest peak of the island is located (Timios Stavros, 2.456m), a sacred place for Minoans and one of the most impressive landscapes of the island. Psiloritis is a member of UNESCO’s Global Geoparks Network and offers an ideal day trip to Cretan nature and tradition, an experience you will never forget.

The historical village of Anogia

Located at an altitude of 750m, Anogia is perhaps the most famous Cretan village. The people of Anogia are well known for their hospitality and for keeping the culture of mountainous Crete alive. Here you will see Cretans wearing traditional costumes and buy traditional handmade items, such as lovely Cretan weavings made by village women, and high-quality local products, such as cheese and honey. Plus, you can try exceptional local dishes, such as lamb antikristo, and taste the divine galaktompoureko at the cafes of the village square. You can also visit the old churches of the village, such as the Assumption of the Virgin and St. John (with frescoes of the 12th century) and the house of the legendary singer and musician Nikos Xilouris, known as the “Archangel of Crete”. Anogia played a central role to almost all revolutions in Crete, from the Ottoman period to the Nazi occupation, and for this reason, the village suffered three holocausts. When you explore Anogia you will realize that the stories connected to this village are endless, as is the psyche of the mountainous culture of Crete that connects the present with the depths of antiquity. From Anogia you can easily visit the Nida Plateau, ancient Zominthos and the cave Ideon Andron. 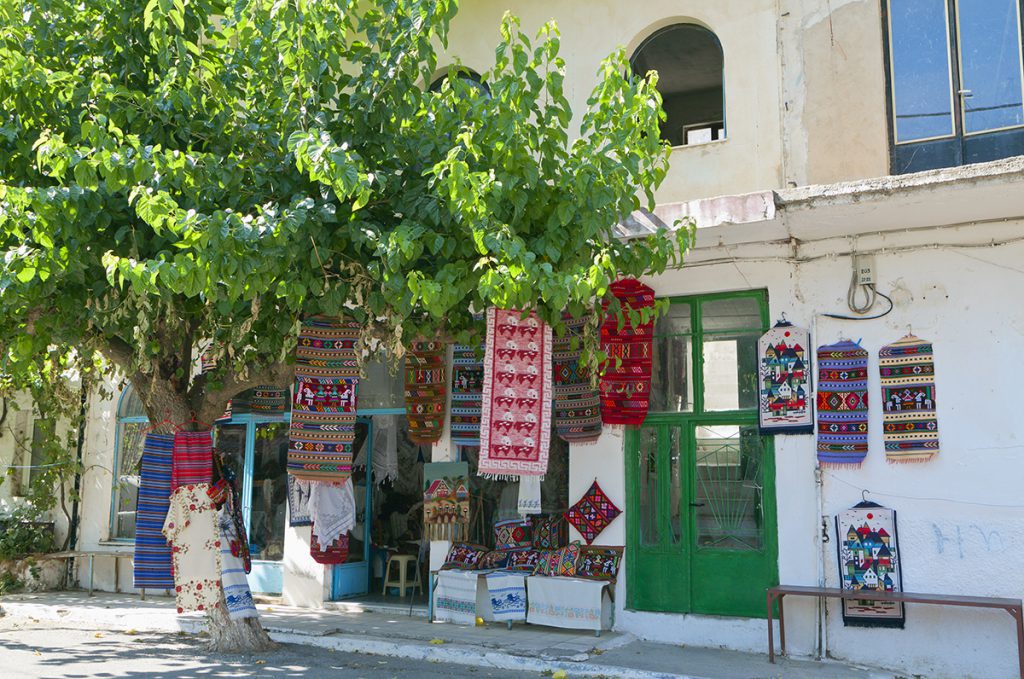 Little shops selling Cretan weavings made by the women of Anogia

Driving from the village of Anogia to the Plateau of Nida you will enjoy the wild beauty of mountainous Crete, but also you will be crossing an ancient sacred route! According to mythology, this is the same route King Minos walked to Idaion Andron to receive from Zeus the laws by which he would rule.

About 7km from the village you will meet ancient Zominthos. Archaeological excavations started in 1982 and continue today, revealing a stone-made luxurious building covering an area of 1360 square meters, consisting of around 80 rooms. It is believed that Zominthos was one of the most important Minoan settlements and a trading center. Psiloritis has hosted pastoral activities since antiquity, and as you drive around you will notice numerous circular huts made of stone, known as mitata, that are actually traditional creameries.

At the end of the route you will arrive at the cave of Ideon Andron, at an altitude of 1538m. The geological value of the cave is not as great as its historical value. According to mythology, this is where Zeus grew up and archaeological evidence suggests that the cave had a devotional character since Minoan times. The spiritual character of Psiloritis is preserved to our days, as every year hundreds of believers climb at the top of Timios Stavros (Holy Cross) on September 14 and stay there overnight to participate in the Church ceremony on the next morning. The view from the top is breathtaking, and preserved only to those who are brave enough to follow the long steep trail up the top of the island. Nevertheless, you don’t need to climb that high to feel the spirit of sacred Psiloritis, to enjoy splendid views and the wild nature of Crete.